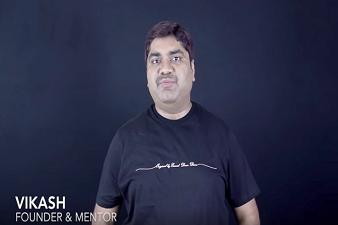 Man proposes, God disposes. At every stage of life, we make plans and wish that we control everything but God has some other plans for us, and they are certainly better than ours. Who other than Pulkit can be a better example of this? To tell you, he is one of the highest profit making businessman on online marketplace Amazon. Although that didn’t happen at once.

Pulkit hails from a Marwari business family and lives in Gujarat. He was pursuing his CA and was very well on the last leg of that but as we said; destiny had some other plans for him. Although he studied commerce and the natural choice was to go ahead with the Chartered Accountancy course, he knew somewhere deep in his heart that sooner or later, CA or no CA, he has to be a businessman. After all, in his own words,” Business runs in my blood”.
Despite being from a business family, he had the same apprehensions as a youngster would have.

How this all Started?

One day while surfing the internet, he came across the Facebook page of AMZ blast and that was the turning point as they say. Curiously, he started digging the net and started knowing as much as he could about the online marketplaces.

Meanwhile, to tell you, AMZ blast is a leading E-commerce consultant agency which through its online market and product research, conducts online video courses for the aspiring entrepreneurs and let them make a strong foothold in the E-commerce industry.

So Pulkit was naturally attracted to the idea of becoming an Amazon reseller but he was literally a novice. Not knowing where to start, he contacted AMZ blast for the guidance. And that was the first step towards success.

At one point in time, even Pulkit didn’t know how the things will unfold? He just followed his heart and took the first step and that made all the difference.

He was a beginner but a keen learner when he consulted AMZ blast. They saw a spark in him. Leaving the CA course in between, he took the plunge and started the training program under the qualified and experienced mentors of AMZ blast.

He himself worked hard along with AMZ blast and researched about the pros and cons of online business. From the beginning, one thing was very clear in Pulkit’s mind, he was here to stay and make it big. Pulkit followed the video course given by the mentors and applied the tricks and tips of trade as guided.

Pulkit has excelled as an Amazon reseller and carved his niche but things were not as easy as they sound. The foremost challenge he came across was the selection of the product. E-commerce is an ocean. You have to have the right product and right strategy at hand otherwise you may fail miserably.

When he decided to go for this product, other sellers were selling the same item (but of low quality) at one-third of Pulkit’s price. Pulkit faced challenges to make the initial orders but as the word spread and the quality were known to customers. Initially, he started making profits of around one hundred percent but after the first consignment was exhausted; he went on to get two hundred percent profits and maintained a rating of 4.7 out of 5 steadily.

How did AMZ blast help?

AMZ blast is a unique online platform for mentoring aspiring entrepreneurs for the E-commerce domain. It has several modules which are designed in a way that a beginner in online marketplace learns the intricacies step by step from basic to advance.

Moreover, AMZ blast helps you with selecting the manufacturer, building your own brand, Amazon search engine intricacies, discussions before launching your product and going live, managing the comments and reviews of customers etc.

Frequent guidance and interactive sessions with successful online marketers are very helpful in learning from the mistakes of others. AMZ blast tries to rope in successful online entrepreneurs for their insight so that the budding lot can learn from the tips and tricks of the trade.

A young graduate who had no knowledge of online business made it big with guidance and perseverance. Pulkit’s story is a testimony to the fact that if you are willing to give your one hundred percent in whatever you do, you are bound to succeed. Join AMZ blast and reach amazing heights in online entrepreneurship.

Don't miss it out

Want a call from us ? Fill this form we will surely call you

Do You Have Any Questions?

Fill this form and Our team will get back to you shortly.